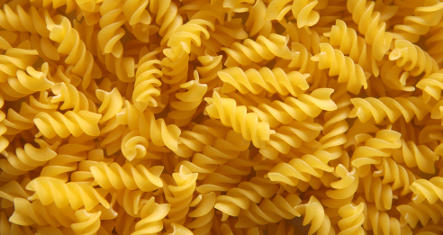 The meal had been arranged for around 60 participants from across Europe attending a youth summer camp in Germany for sufferers of a type of lactose and gluten intolerance known as celiac disease.

“A few hours after the luncheon people began throwing up,” 18-year-old Henrik Tornberg, one of three Swedes who attended the meal, told the Dagens Nyheter (DN) newspaper.

“Everyone thought it was strange; we had filled out forms requesting gluten-free food.”

But the banquet, which had been organized by the Swedish Celiac Youth Society (SCUF), featured pasta made from spelt, a grain related to common wheat which contains moderate amounts of gluten.

While Swedish press reports indicated that around ten young people became ill following the lunch, a statement from SCUF claimed that all 60 attendees became sick.

One girl from Spain even began throwing up blood and was forced to seek care at a nearby hospital.

The menu oversight caused the head of SCUF, Rosita Persson, to demand an apology from the embassy.

“We see this as incredible insulting, for all of the young people who are suffering, our organization, and the Swedish celiac researchers who have such a good reputation in Europe,” Persson said in a statement.

While Sweden’s ambassador in Berlin, Ruth Jacoby, said she regretted the incident, she added that the embassy wasn’t to blame.

“The canteen is operated by a private company and is open for the general public, but I had been convinced that they could handle food allergies,” Jacoby to Sveriges Television (SVT).