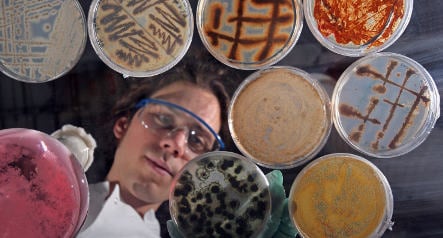 The survey, commissioned by online dating site ElitePartner.de, found that most participants lost their virginity between the average ages of 15 and 17.

But survey takers who held university degrees didn’t do the deed until between the ages of 18 and 20 – and they were also twice as likely to remain virgins until the age of 24.

“One’s attitude towards sexuality develops from the values of their parents and social surroundings,” said staff psychologist Lisa Fischbach of the site. “It’s possible that the smarter people put their focus on school and training in their youth while leaving matters of love for later when they have more time.”

The survey also found that Germans were kissing at a younger age than in the past – nearly 50 percent puckered up by the time they were 14, but 25 percent got their first smooch at the tender age of 13. More than half of women waited until they are at least 14 for their first kiss, the study found. The difference was minimal between those who had university degrees and those who didn’t when it came to kissing.

“It’s all about their individual attitudes,” spokeswoman Sabrina Berndt told The Local. “Unfortunately, we weren’t able to find out what their motives were for waiting.”

According to the site, the study is the largest of its kind and asked 10,027 singles aged 18 to 60 about their “first time.”