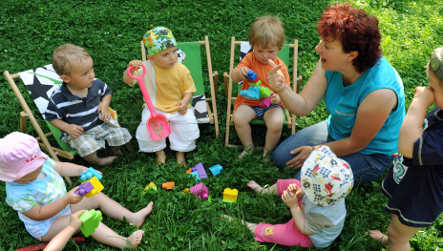 Parents no longer have to contend with last-minute strikes in their day care centres after months of failed negotiations. Education and Science Workers’ Union (GEW) and public workers’ union Verdi agreed with employers on a wage increase of up to 10 percent for educators and a more than €250 per month for social workers.

The agreement increases costs for state employers by between €500 million and €700 million per year, President of the German Association of Municipal Employers (VKA) Thomas Böhle said.

Additional costs are “hardly affordable in the dramatic financial situations of the municipalities,” head of the German Association of Towns and Municipalities (DStGB) Gerd Landsberg said, adding that tuition-free public day care centres, or Kitas, could no longer be an option.