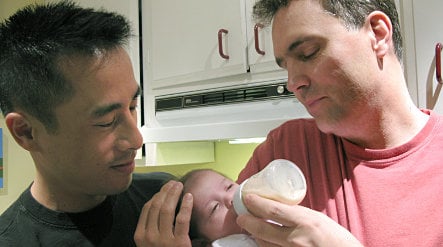 “Where kids are loved they grow up fine and protected and have the necessary self-confidence to get by in the world,” Zypries said, adding there was no difference if the parents were two men or two women.

She also pointed out the fact that individuals can already adopt children who are then raised by the individual and a same-sex partner. Changing the law would ensure both parents have legal rights as parents, Zypries told Deutschlandfunk. She said this would ensure that a child remained with its mother or father if something happened to the sole legal guardian.

There are currently an estimated 2,200 children in Germany being raised by gay couples.