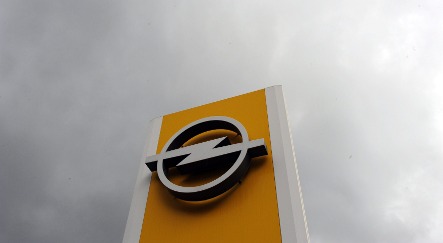 The German government had already expressed a preference for Magna’s bid, backed by Russian bank Sberbank, before receiving other offers from Belgium-based

“This assessment … has been confirmed following our examination (of the

bids),” he added, following a meeting of the government’s “Opel task force”

While the final decision lies with GM, the German Government is involved as

sweeten any takeover deal in a bid to save tens of thousands of jobs.

Berlin and GM “want to come to a joint assessment in the coming weeks,”

with the hope of wrapping up the already lengthy saga in the next few months, he said.

“You know that the federal government is not the seller. At the end of the

day, we can only decide about the loans and loan guarantees. The seller is GM.

“Conversely, a sale can only occur in a sustainable fashion after the

governments in Europe assure these loans and guarantees,” he added.

In late May, the German government agreed to support with cheap loans and

loan guarantees a bid for a majority stake in Opel by Magna, which besides

Sberbank has also teamed up with Russian automaker GAZ.

Magna and Sberbank will each purchase a stake of 27.5 percent. Previously

Magna had only declared itself ready to acquire a 20 percent stake. They still seek €4.5 billion in state guarantees.

Russian business daily Kommersant reported on Monday that Magna would also demand that GM include intellectual property rights as part of any Opel deal.

The German government said in May that Magna’s plan involved around 2600 jobs shed in Germany, with a further 8,500 elsewhere in Europe.

BAIC’s preliminary offer is valued at €660 million and it has asked for €2.64 billion in German government guarantees.