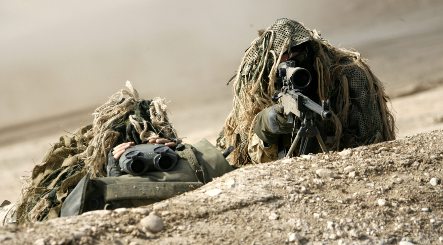 The Bundeswehr troops are part of a larger offensive by the Afghan security forces and are using heavy weaponry including mortars and Marder armoured vehicles, he said.

The spokesman refused to give specific details about the operations, however, the daily Reinische Post reported on Wednesday that the Germans were supplying hundreds of soldiers and weaponry in a push to drive the Islamist Taliban out of the north ahead of presidential elections in August.

“Everything there is being used,” a Bundeswehr soldier told the paper, adding that 300 German troops from NATO’s Quick Reaction Force were involved in the fighting.

The Bundeswehr’s mortars had previously not been used to avoid unintentional civilian casualties, but the escalating conflict in the north has already increased the danger to the general population.

German soldiers killed a juvenile and seriously injured two adults at a checkpoint on Sunday following skirmishes in the region.

Wolfgang Schneiderhan, the Bundeswehr’s inspector general, on Wednesday denied German troops were now operating under “new orders” in Afghanistan. But he admitted there was a “new situation” there that required heavy weaponry such as the Marders.

“It was simply time to undertake this escalation,” he said.

Some 3,800 German troops are serving in Afghanistan as part of NATO’s International Security Assistance Force (ISAF). Their ranks are set to rise to 4,400 ahead of the elections in August.