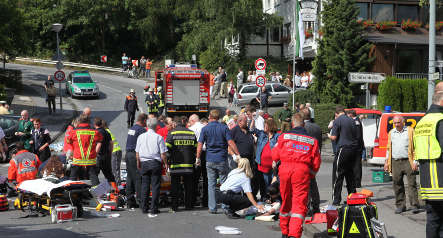 More than 50 people were injured at the marksmanship festival, or Schützenfest, when the 79-year-old, who was following the marchers in his vehicle, suddenly veered to the left and drove into a group of people walking, police said. The driver then went on to collide with a police vehicle and a parked car.

Police remain unsure of what caused the driver to lose control of his car.

A 40-year-old and 69-year-old who both belonged to the marksmanship club died shortly after the accident.

Another person remains in critical condition, police said on Wednesday.