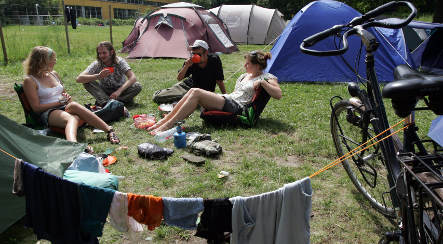 According to the paper, new Federal Statistics Office (Destatis) data shows the number of nights Germans spent camping between January and April of this year rose by 32 percent to reach 1.9 million. Meanwhile the number of hotel guests in the country sank by two percent.

The highest concentration of camping was in traditionally frugal eastern Germany, with an increase of 57 percent. Western states increased their number of camping guests by 27 percent.