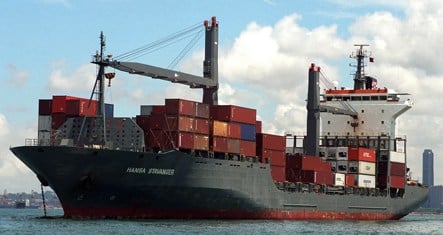 According to news magazine Der Spiegel, the three German hostages include two 19-year-old apprentices and a nautical officer. A Russian officer has also been taken.

The hostages are now said to be more than an hour away from Somali port Haradhere, where the ship is being held. Two other German hostages, as well as the rest of the 24-man crew, are still on board the vessel.

The move comes after negotiations for the release of the ship broke down for the third time, with the pirates increasing the pressure on the Hamburg shipping company Leonhardt & Blumberg that owns the Hansa Stavanger.

Messages have been relayed from the ship via email and satellite telephone, including some saying that the pirates are getting “more and more nervous” at the failure of negotiations.

But German authorities are treating all reports from the ship with caution, as it is thought the pirates are deliberately trying to spread panic. The German government is not ruling out that the hostages have indeed been taken onto the mainland though.

Der Spiegel reports that some experts in the German federal police force (BKA) have criticised the hard-line negotiating technique of the shipping company.

The wife of the captain of the cargo ship has also sharply criticised the company. “It is in their power to end this hostage crisis,” she said, and promised to sue Leonhardt & Blumberg for failure to render assistance.

The figure for the ransom demanded is said to be between $2 million and $3 million. The news of the hostage crisis aboard the Hansa Stavanger comes a day after another freighter, the Victoria, run by a German company but not sailing under its flag, was released for a reported $1.8 million.