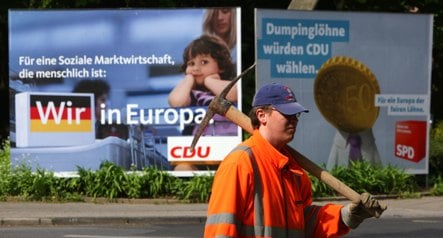 Only 37 percent of Germans would like to see the present constellation continue. Similar disaffection with the current situation is evident within the parties themselves. 53 percent of SPD members and 51 percent of CDU members are against a continuation of the current government.

The coalition was a forced marriage of the two main competing parties following the 2005 election, which saw neither party able to amass a parliamentary majority with one of its preferred allies.

The impression of a necessary evil has clearly not been altered by the performance of the government in the intervening legislation period. 502 people took part in the survey.

Angela Merkel’s approval rating as Chancellor remains strong however, with a recent survey by broadcaster ZDF finding her still unchallenged as Germany’s most popular politician.