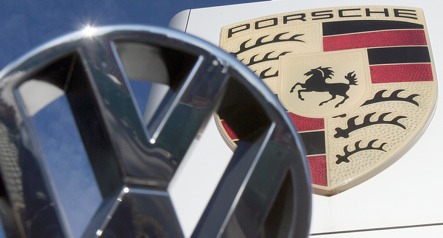 According the magazine, the sale will be completed in two stages – first 49.9 percent will be taken over, as had been reported this week, then VW will move to buy the rest of the company.

Porsche are to receive around €8 billion for the transaction, allowing the company to pay off some of its enormous debts. The Porsche family will instead become owners of 50 percent of a VW-Porsche joint company. VW’s plans will make Porsche the tenth brand in the VW corporation.

The takeover ends a long power struggle between the two auto manufacturers, which came to a head on Friday when it was reported that Porsche CEO Wendelin Wiedeking was to be replaced.

Wiedeking had come under fire after running up Porsche’s debt as the company acquired nearly 51 percent of the shares in VW, and stock options for another 20 percent. Wiedeking had sought to buy 75 percent of VW’s equity, but the collapse of global auto markets and stricter credit conditions as a result of the financial crisis thwarted his ambitions.

Despite making defiant statements Friday, Wiedeking is already planning for his departure and has engaged a compensation negotiator, Der Spiegel reports.