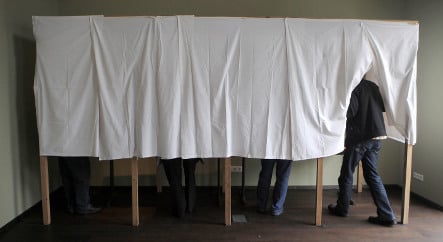 Some 31 other potential contenders were rejected, but the Pirate Party, headed by former Social Democrat Jörg Tauss, was among those that made the cut. Tauss, under investigation for possession of child pornography, has said he downloaded such images as part of his work against the industry and became the first German MP to join the privacy-protection party in protest last month.

The Pirate Party represents those in the information technology community, campaigning for privacy and relaxed copyright laws. The party has some 4,400 members in Germany.

Another party allowed on the ballot will be the Free Union (FU), a new party founded by Gabriele Pauli, former member of the conservative Bavarian party the Christian Social Union (CSU).

Two facetious parties were rejected by the committee – the Anarchistic Pogo Party of Germany (APPD) and the Party for Work, Rule-of-Law, Protection of Animals, Advancement of Elites, and Grassroots-Democratic Initiative (Die PARTEI).

The APPD is a punk party that has promised to pay voters with free beer.

Die PARTEI is a populist party founded by the editors of satirical magazine Titanic and counts rebuilding the Berlin Wall among its goals.