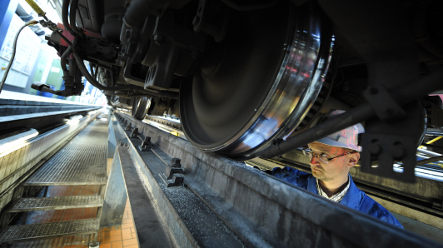 As of Monday, the elevated trains will no longer travel along Berlin’s main east-west axis for at least two weeks. Several other lines have already been reduced or shut down due to concerns about the wheels on the train cars.

The S-Bahn, which is operated by Germany’s national railway Deutsche Bahn, forms an integral part of the German capital’s public transportation network. The BVG, which runs the city’s U-Bahn metro, trams and buses, has said it will try to compensate by increasing capacity where possible.

But for at least the next few weeks, travellers cannot even use the S-Bahn to get to Berlin’s Schönefeld airport. And Berliners are likely to be extremely inconvenienced for several months.

The cause of the chaos is a ruling by EBA Federal Railway Office, which determined S-Bahn trains in use since the mid 1990s needed to have their wheels replaced amid safety concerns. The EBA imposed tighter regulations after one wheel cracked on May 1.