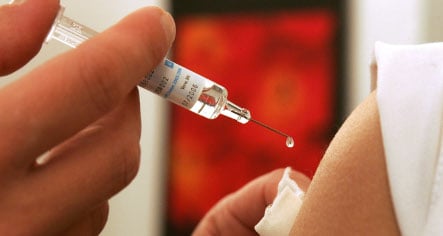 “We estimate that the first doses will be delivered in September, or October at the latest,” Schmidt told daily Passauer Neue Presse. “Then vaccinations will begin immediately.”

According to the health minister, each state will order enough doses to vaccinate 30 percent of their population against the A/H1NI virus. Should more people wish to be vaccinated, the states will order more, Schmidt said.

With more than 700 confirmed cases of the virus, Germany has the third-highest number of swine flu infections in Europe. The spread of the illness should be taken seriously, Schmidt told the paper.

“But there is no reason for panic,” she added.

The minister said Germans should pay particular attention to hygiene and anyone who notices flu symptoms should see a doctor immediately.

“That means for example, don’t sneeze in your hands! Use tissues! Wash your hands often with soap!” she said.

Germans who plan to travel will be able to do so without worrying about the virus if their vaccinated, she added.

“One can become infected not just abroad, but also in Germany,” she warned.