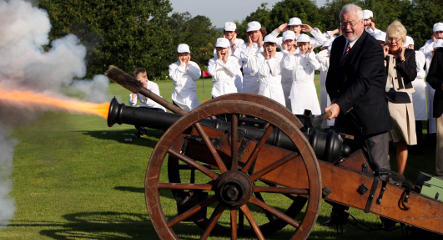 After years of infighting, the conservative Christian Democrats (CDU) voted unanimously to end their coalition partnership with the centre-left Social Democratic Party (SPD). Instead the CDU wants to hold a new election on September 27, the same day as the national election.

The state’s parliament is set to vote this Friday in Kiel on whether to dissolve itself early, but the SPD has pledged to vote against the proposal. Without a two-thirds majority vote, the proposal will not succeed.

The CDU’s state premier Peter Harry Carstensen accused the SPD leadership of not backing the coalition’s agreed upon budgetary cutbacks in the public.

“What I’ve gone through in the last weeks brings one to the edge,” Carstensen said, adding that he had earnestly tried to work with the SPD.

Carstensen said he had informed his fellow Christian Democrat Chancellor Angela Merkel of the dire situation in the state.

Schleswig-Holstein’s coalition bickering mirrors troubles in the federal grand coalition and could signal an end to the CDU-SPD partnership after the election.