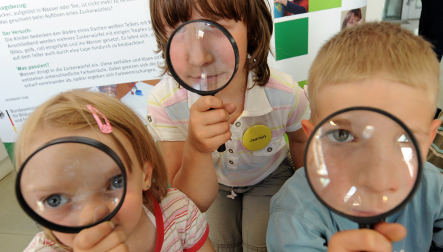 “The strike is met with lots of understanding from parents. They know that good care, small groups, individual support and motivated educators don’t happen free of charge,” von der Leyen told daily Passauer Neue Presse. “Now the wage dispute needs to be set aside. Now is the time for a practical solution to negotiations.”

Strikes arranged by public workers’ union Verdi and Science Workers’ Union (GEW) have been plaguing states across the country since May, forcing parents to find alternative care for their children when their day care centres, or Kitas, shut down. Von der Leyen said many parents are impatient for successful negotiations at the seventh round of talks in Frankfurt.

Unions hope to pressure state employers to provide better health care options and higher wages for some 220,000 educators and social workers. According to union figures, only 58 percent of social workers and 26 percent of educators see themselves reaching retirement in good health under the current working conditions.

Von der Leyen, a mother of seven, told the paper that the workers are right to demand changes to contract rules that haven’t been changed in 18 years.

“Only sales clerks earn worse,” she told the paper, urging both sides to find a solution.