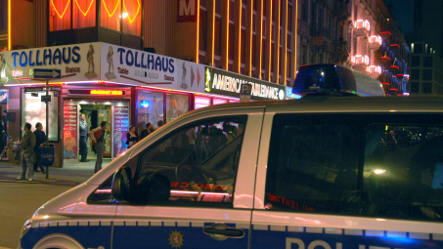 The report, titled “Forced labour today: Strengthening the victims of the slave trade,” says most people who are traded to Germany are women and children from Eastern Europe. Many wind up forced into prostitution or marriages. Others wind up working in the construction or catering industries and in homes as caretakers or cleaning staff.

Previous estimates said put the number of forced laboureres in Germany as high as 30,000. The lack of legal rights as victims prevents many from coming forward and seeking help, daily Der Tagesspiegel reported on Wednesday. When victims help the state prosecute the traffickers themselves, they still have few rights when the trial is over.

“Only for the duration of the legal process do these people receive guaranteed lodging rights,” manager of the Institute for Human Rights (IHR) Petra Follmer Otto told the daily from her Berlin office. “Once the trial is done, they have to leave the country.”

The IHR hopes the study, co-authored over three years by Otto, will help create more legal rights for trafficked people through a new foundation called “Remembering, Responsibility, Future,” created to represent those who come forward for help and as legal witnesses. Already the foundation has a €600,000 endowment from the Instiute, but that’s not enough, she said.

“It’s not just about money, it’s about the recovery of Germany’s own competence to handle this situation,” IHR director Heiner Beilefeldt told the Tagesspiegel.