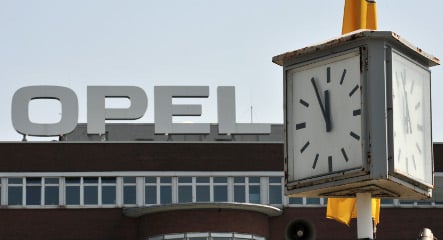 The German government denied a media report which said Berlin feared a “dangerous dependence” on China if BAIC were to take over Opel.

There is a danger that the German carmaker “could become dangerously dependent on the Chinese state,” the report added, according to Bild. But a spokeswoman for Economy Minister Karl-Theodor zu Guttenberg disputed the report.

“I cannot confirm this. Such a report does not exist,” she told a regular news briefing.

In Brussels, RHJI said it was in talks with Opel’s parent company General Motors on buying a majority stake in the German auto-maker.

“These discussions have been taking place over a number of weeks and are at an advanced stage,” the investment group said in a statement.

The Russian-backed Canadian autoparts maker Magna is still seen as best placed for an Opel takeover, though talks which followed the signing of a letter of intent have hit some snags.

Magna is the preferred investor of the German government and of GM, but the other two bidders have improved their offers in recent days, seemingly throwing the race wide open again.

Magna and GM signed a joint letter in late May concerning Opel under the aegis of the German government, which is to provide substantial financial support for a deal.

It was supposed to have been tied up by mid-July but this is now likely to be pushed back, economy ministry sources said.

Sources with knowledge of RHJI’s discussions with Opel, cited by Belgium’s Flemish-language De Standaard newspaper, said the investment group was working on an “improved offer” that would be submitted Monday or Tuesday.

RHJI describes itself as “a diversified holding company focused on creating long-term value for its shareholders by acquiring and operating businesses”.

But Dow Jones Newswires quoted KBC Securities as saying there were questions about how RHJI would pay for Opel, because it had limited cash reserves and no financial backers had been identified.

KBC concluded that bid was unlikely to win out over either Magna or BAIC.