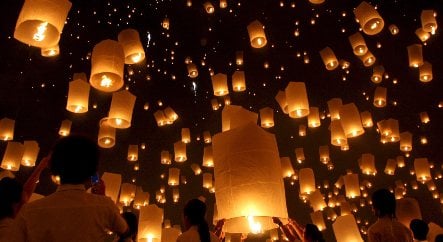 The couple were celebrating their wedding on Saturday night in the south Hesse town of Dieburg near Darmstadt, and set off a number of colourful Asian paper balloons containing candles.

Police say it seems as if one caught fire and landed on the roof over a terrace, setting it on fire. The flames spread through the attic to the next door house, which also caught fire.

Everyone was able to leave the burning houses without incident, but water and smoke damage caused an estimated quarter of a million euros worth of damage.