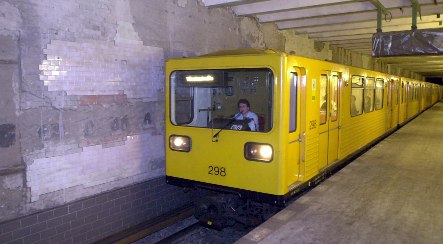 The accident occurred on the U7 line In the U-Bahn tunnel on Wutzkyallee, according to Berlin daily Der Tagesspiegel . The victim’s head and shoulder crashed into an iron bar, causing him to fall out of the train into the tracks. The victim later died of severe injuries.

According to a police spokesperson, the boy was accompanied by three peers on the subway. In interviews, the three said they were all sitting in the U-Bahn train when the 13-year-old suddenly opened the doors and leaned out, though they were unable to say why. Police will interview the boy’s companions again after they recover from shock, Der Tagesspiegel reported.

A spokesperson for the Berlin transit system BVG said opening the door to a subway car requires an “enormous amount of pressure” on the handles. The doors are never 100-percent locked due to security reasons, allowing passengers to exit the train in case of an emergency.

The boy collided with one of the approximately 2-metre-tall bars situated between lengths of track in the subway, which U-Bahn workers use as breakpoints in the tunnels.