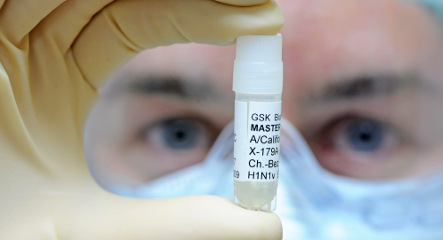 Students at both schools will stay home the entire week, though teachers will continue to work.

Eight cases of the H1N1 flu virus were diagnosed at Berlin’s Alexander von Humboldt Gymnasium in the city’s Köpenick district. City officials in the Bavarian city of Bayreuth said two cases were founda that the Richard Wagner Gymnasium.

“Further positive cases must be expected,” a statement from the Humboldt Gymnasium said, adding that the first eight cases had only “light symptoms.”

The Berlin students first reported the illness on Thursday and were sent home and treated with the antiviral medication, Tamiflu. Among those who came down with the swine flu are visiting students from Texas who were supposed to return home this weekend.

Officials decided on the “precautionary” school closing after meeting with doctors and school leaders.

Meanwhile five laboratory workers at the Dresden university hospital have also been diagnosed with the swine flu, daily Sächsische Zeitung reported over the weekend. Their symptoms are also reportedly mild.

The World Health Organisation reports that there have been some 90,000 cases of swine flu in some 120 countries since the outbreak began in April. More than 380 people have died from the virus.