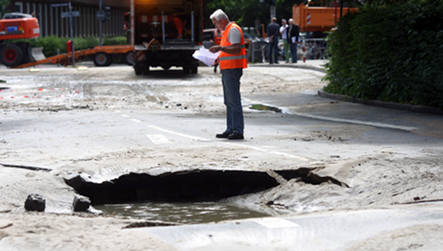 Early Sunday morning the water went out across the northern and western parts of the city. Service has mostly been restored though the pumping problems led to pressure surges across the water system and caused at least 11 breaks in major water lines.

The speaker said water pumps failed due to electricity fluctuations in the power supplying the pumps. On Saturday, a nearby nuclear power plant in Krümmel went offline, shutting down power and traffic lights across the city. The spokesman could not say whether the water outage was related to the problems at the Krümmel plant.