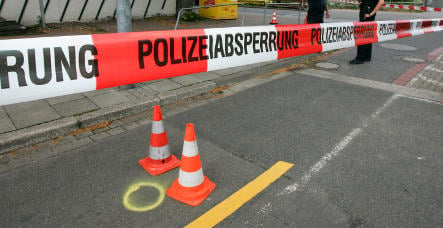 The group 15 to 17-year-old students from Zurich were visiting Munich on a class trip when they overcame the man from the state of North Rhine-Westphalia on Tuesday evening for “fun” after ingesting alcohol and marijuana. Between six and seven of them had apparently agreed to “rough up” some people before their evening began, and the attack was unprovoked, spokesperson Laurent Lafleur said.

According to news magazine Der Spiegel on Thursday, the attack was particularly brutal and the man sustained broken bones in his face, whiplash and memory loss.

“One of the youths said that they were looking for a ‘kick’,” Lafleur told the magazine.

Investigators believe the group went on to attack four other male victims, one of whom may have been a Bulgarian student who suffered severe bruising on his face and neck.

Witnesses led police to the youth hostel where they were staying.

“One could describe it as a violence spree, luckily without weapons,” Lafleur told the magazine.

Three of the group ringleaders have been arrested.