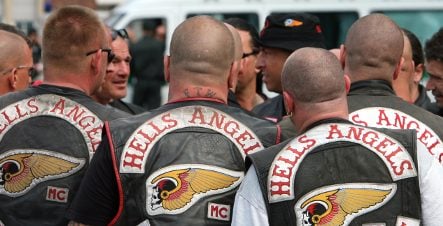 “The situation is explosive,” Detlev Zawadzki, director of the state department for organized crime, told the paper, adding that the worst fighting was still to come.

Since mid-May, the Texas-based Bandidos have been trying to get a foothold in Germany’s northern-most territory, in which nine Hells Angels clubs and crews are located. Since then, police have been called to a number of incidents involving the gangs, the paper said.

Kiel and Neumünster have both been heavily affected. On June 21, police responded to a shooting at a house in Neumünster. Four shots were fired into the living room window but no one was hurt. Officials say it was gang related but no further details have been released on the incident.

Three days later in Kiel, the Hells Angels held a rally. Police shut down the gathering when participants violated traffic laws. A day later, on June 25, the Hells Angels announced on their website that Kiel and Rendsburg clubs for Bandidos were gone.

Police carried out raids on the Bandidos, confiscating weapons. On June 26, a 50-centimetre machete was taken from Neumünster Bandidos supporters as well as a baseball bat and pepper spray. Three days later, police raided more houses in Neumünster as well as some in Kiel and the surrounding area. Guns, ammunition and another machete were seized, the paper reported.

This isn’t the first time the Bandidos and the Hells Angels have clashed in Germany. In December 2008, 14 Hells Angels were found guilty by a court in Hannover of assault and robbery after they raided a Bandidos club house in Stuhr in March 2006. Three are serving time while the rest were given suspended sentences.

In May 2007, two Bandidos members murdered a Hells Angels member in Ibbenbüren, one hour north of Dortmund in North Rhine-Westphalia. Both were given life sentences in June 2008.

Police are hoping the state will bring in a zero-tolerance policy in light of the recent gang wars. The Hells Angels have been banned in Hamburg for 20 years, but Zawadzki warned that this law isn’t the solution.

“Even when the group is gone, the people who were the members are still there,” he told the state-wide newspaper Schleswig-Holstein Zeitungsverlag.