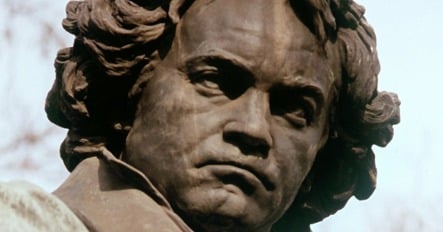 Alongside the opening bars of his Fifth Symphony, “Für Elise” is one of Beethoven’s best-known melodies, prompting scholars down the years to puzzle over her real identity.

The short three-page Bagatelle in A-minor has been a mainstay of piano lessons for generations of students and is also now a ringtone for millions of mobile phones.

But the riddle of who “Elise” might have been has remained unsolved, with efforts to shed light on the matter further hampered by the loss of the original autograph manuscript.

Roeckel was a German soprano and sister of Joseph August Roeckel, the tenor who sang the role of Florestan in a performance of “Fidelio” conducted by the composer in Vienna in 1806.

Elisabeth followed her brother to Vienna in 1807 where she was quickly accepted into the composer’s inner circle, Kopitz told AFP.

In an article to be published by the Beethoven-Haus museum in Bonn next year, Kopitz asserts that Elisabeth Roeckel was also known by the name Elise, a theory backed up by an entry in the christening records of St. Stephen’s Cathedral in Vienna.

“At the christening of her first child on March 9, 1814, her name is given as ‘Maria Eva Elise,’ suggesting that she was known in Vienna as Elise and not Elisabeth,” Kopitz said.

“It is known that, when Beethoven wrote the piece in 1810, the two enjoyed a close friendship. So, it seems evident that the piece was dedicated to her,” Kopitz said. “There was no other woman named Elise or Elisabeth in Beethoven’s life at the time.”

Kopitz said it was difficult to ascertain just how close their relationship was.

“But it is clear that Beethoven liked her a lot.”

The expert said that Roeckel herself later related how, “during a dinner party, Beethoven ‘would pinch my arm out of sheer affection’.”

It was also known that, shortly before his death in 1827, she obtained a lock of his hair and let herself be presented with one of his last quills, Kopitz added.