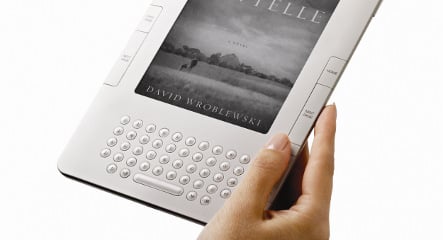 The third generation “Kindle DX,” which markets for just under $500, was released in the United States this May, and an Amazon insider had reported that there would be a European release this summer.

“The Germans at least will have to do without,” the magazine reported. “Amazon boss Jeff Bezos couldn’t reach a contract agreement with T-Mobile and Vodafone.”

The two companies are among the country’s largest telecommunications firms, and their cooperation is essential because the Kindle uses mobile networks to download digital book content, inside sources reportedly told Wirtschaftswoche.