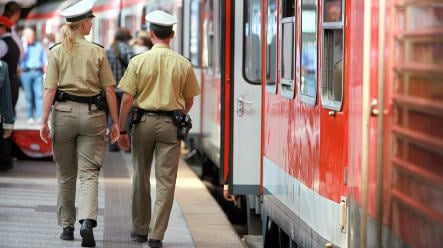 Operators of the train line have written to the state interior ministry of Schleswig Holstein saying, “We would like to most politely point out that free travel for officers on duty is limited to second class… There have been some differences of opinion when police officers have been asked to leave the first class.”

Neither the train line operators nor the interior ministry would comment to Stern magazine which reported the story at the weekend.

But the magazine quoted one train conductor saying, “The police officers simply sit in the first class and trust that we will close our eyes to this because they wear uniforms. Of course most of my colleagues do that because we rely on them in the case of an emergency. But woe betide you if you have the nerve to tell the officers that they should not be in the first class – then they get stroppy.”

There is agreement between train operators and interior ministries in 14 of the 16 federal states that officers in uniform can travel for free in regional and long-distance trains because their presence is felt to increase feelings of security.

Hartmut Sommer, spokesman for Deutsche Bahn told the magazine, “The second class is much more widely used by travellers, professional and school passengers. The optical presence of police officers is most effective here.”

Karl-Peter Naumann, chairman of the passengers’ association said, “It is not comprehensible that officers take an advantage which other passengers must pay dearly for.” He said first class tickets cost up to 60 percent more than standard ones.