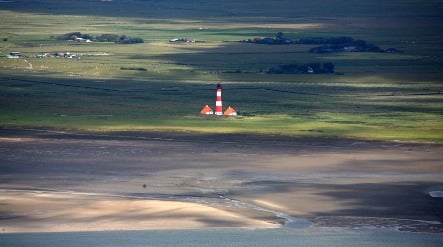 The decision puts the Wattenmeer, or Wadden Sea, on the same level as the Galapagos Islands or the Grand Canyon. The heritage region stretches along the northern coast of Germany from the northern tip of the island of Sylt, to the Dutch island of Texel.

With this status, UNESCO, the United Nations Educational, Scientific and Cultural Organisation, rules that humanity has a right for the area to be protected and preserved.

“It’s wonderful that the Wattenmeer is a world natural heritage. This honours the efforts by the Wattenmeer residents to protect this unique and fascinating living area,” Lower Saxony’s Environment Minister Hans-Heinrich Sander.

“Nature protection is a tradition here, which stretches back nearly 100 years. With this title we accept the mission to preserve this heritage for the next generations.”

The title is taken as a positive judgement on current attempts to protect the area, although it does not automatically result in tighter legal protection. It generally attracts great attention to a place, and often increases tourism.

Germany now has two world natural heritage sites, the other being the Grube Messel, a fossil-rich site near Darmstadt in Hesse, which was given the title in 1995.

The award of the title to the Wattenmeer comes just a day after the Dresden Elbe Valley was stripped of its world cultural heritage title, for a four-lane bridge being built over the river which in the judgement of UNESCO, ruined the cultural landscape.