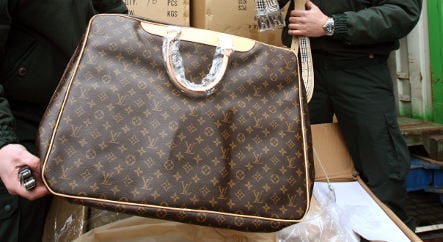 A mystery shopper in Marburg saw the fake Louis Vuitton in a store window and bought it for €3. After informing Louis Vuitton parent company LVMH of the sale, a suit was filed against the thrift shop claiming €2,600 in damages.

“This is just our standard procedure,” a LVMH spokeswoman said from Paris. “The issue has already been resolved in a quick and friendly manner.”

The organisation still claims good ties with the German Red Cross and is planning a charitable auction with proceeds going to the Red Cross.

But volunteers at the shop in Marburg, near Frankfurt, still feel under threat.

“We still have to decide whether the shop can be kept open,” a spokesman said. “None of our volunteers are specialised in recognising textiles.”

He added that such an incident could be repeated as the shop was run by volunteers and on donations.

Thomas Spies, Social Democratic state representative, called on LVMH to drop the action against the German Red Cross over the misunderstanding.

Citing the Red Cross’s mission, he said it wasn’t fair for the corporation to be pursuing the charitable shop.