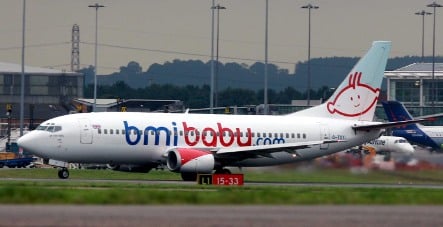 The move is aimed at procuring around 15 percent of all take-off and landing slots at London’s Heathrow airport, the largest in Europe.

In a first step, Lufthansa is to pay Bishop ₤175 million (€207 million) to cancel a ‘put’ option that would have forced the German airline to directly buy a stake of 50 percent plus one share in BMI.

A third company, Britain-based LHBD Holding Limited is then to buy the stake for around ₤48 million, while Lufthansa acquires 35 percent of the shares in LHBD. The remaining 65 percent would be held by a British national who “is not a stategic partner,” spokeswoman Stefanie Stotz said.

She declined to identify the individual in question, while underscoring that it was neither British Airways nor Virgin Atlantic.

“After obtaining the necessary traffic rights, Lufthansa expects to be able to acquire 100 percent of LHBD,” the statement said.

It did not say how much it would pay for the LHBD shares.

Lufthansa, which already holds 30 percent of BMI, would have had to take over Bishop’s stake for about €400 million under the terms of the original contract, even though BMI is now in a much weakened state after record losses last year of some €114 million.

“With this transaction, Lufthansa is expanding its interest in an airline whose strategic asset is its control of more than eleven per cent of all the take-off and landing slots at London Heathrow, Europe’s largest airport,” the statement said.