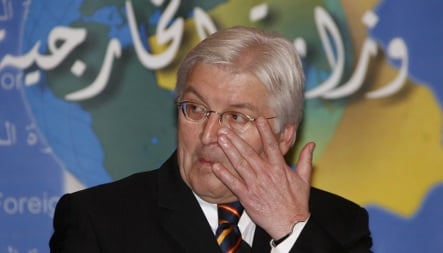 Reporting on Friday afternoon, the parliamentary investigation split along party lines over whether Steinmeier had been truthful when he said that Germany’s help to US forces consisted only of intelligence on how to avoid bombing civilian targets.

Steinmeier was chief of staff of the chancellery during the US invasion in 2003 under then Chancellor Gerhard Schröder, who had built his opposition to the war into his successful reelection campaign. Steinmeier was responsible for the German foreign intelligence service the BND, which had agents on the ground in Iraq.

Christian Democratic Union committee member Kristina Köhler said Steinmeier had broken his promise to not supply the US forces with any military-relevant information. She said of the information supplied to the Americans by the BND, only 9.5 percent covered non-target such as hospitals or schools to avoid during the bombardment. Nearly 75 percent of the information was deemed to have military relevance.

The Free Democrats’ representative on the committee Max Stadler said the then Social Democratic and Greens government had gone way beyond its commitments in supplying such information to the US, meaning it had indirectly taken part in the war.

But Social Democratic committee member Michael Hartmann said this was not true, and that the then government had held true to its principles.