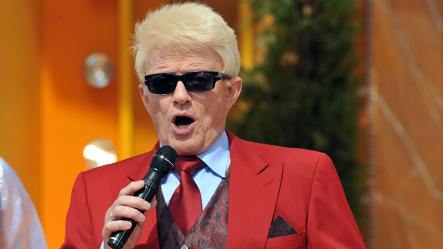 Heino, the stage name of singer Heinz Georg Kramm, says he only removes his famous shades to sleep. He started wearing the sunglasses after developing an eye condition in the 1970s.

When he got his most recent ID card, Heino told the Cologne newspaper Express he had asked whether he should remove his shades.

“The civil servant in charge of taking pictures told me, without glasses, neither I nor anyone else would recognise you!” Heino told the paper.

But Heino’s sunglasses have fallen afoul of the Interior Ministry, which issues Germany’s national ID cards. He told Express on Friday that he had recent gotten a call from the government.

“Due to the new template for electronic personal ID cards, sunglasses won’t be allowed from 2010 on,” said a government spokeswoman. Exceptions are permitted for severe eye conditions, but Heino’s doesn’t count.

The 70-year-old has been cranking out hits since the 1960s and is an icon of the German musical genre known as Schlager, a unique form of schmalzy-pop. Heino’s last hit was the 2005 ditty, “We dance polka, because we love Germany.”

Heino kept his cool about losing the shades for his ID picture.

“I’ll do my best to keep them on,” he told the newspaper.