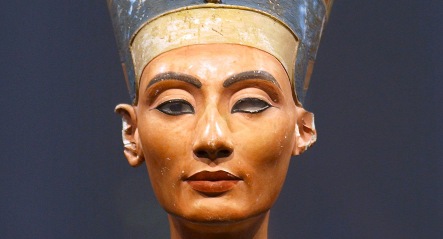 “We are still gathering information, but I expect we will shortly have enough to place a formal request to the Berlin Museum for the return of the bust,” Hawass told the Der Tagesspiegel daily in an interview.

The fabled bust of Nefertiti, renowned as one of history’s great beauties, was brought to Berlin in 1913, a year after German archaeologist Ludwig Borchardt unearthed it on the banks of the Nile.

Cairo began demanding the statue in the 1930s, but successive German governments, beginning with Adolf Hitler’s, have refused its request.

“There do not appear to be any documents that prove conclusively that Nefertiti left Egypt in a way that was legal and beyond ethical reproach. I think we have good arguments for her return,” Hawass added.

Hawass said there would be “no co-operation” with Berlin’s New Museum,which will house the bust when it opens to the public in October, until the problem is resolved.

Nefertiti was previously displayed in Berlin’s Egyptian museum where she helped draw roughly half a million visitors every year.

“What was stolen from us should be returned and this includes five pieces that are unique to our culture. Nefertiti is one of these,” Hawass said.

German authorities have reportedly said they are willing to consider whether the statue could be returned to Cairo temporarily for display but there are doubts over whether the bust is strong enough to survive the trip.