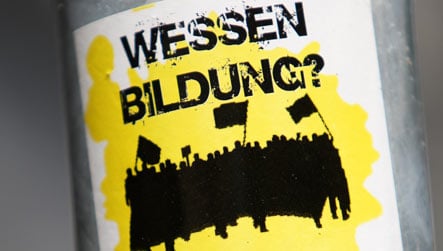 According to public broadcaster ARD, students in over 70 cities will avoid classes and participate in demonstrations all week to highlight their ire over tuition fees and recent changes made to universities and high schools.

German university students are in particular unhappy about the country’s decision to model its degrees on more internationally recognised bachelor and master degrees, which many argue do not allow for in-depth exploration of a subject.

Before Germany moved to implement the EU’s so-called Bologna reform ten years ago, it was not uncommon for German students to spend a decade at university before finishing with a degree. The highpoint of the education strikes this week is Wednesday, the anniversary of the Bologna reform, when organisers hope some 150,000 people will take part in demonstrations.

The strikes are being supported by the education trade union GEW and service union Verdi, which called the student actions “good and overdue,” according to ARD.