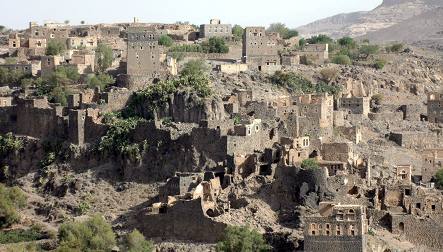 Seven Germans, a British engineer and a South Korean woman teacher were seized by Shiite rebels in the Saada region, a local official cited on the defence ministry website said, but a rebel spokesman denied any involvement

The group — including a German couple, three children and two women nurses — belong to an international relief group that has been working at a hospital in Saada for 35 years, the official said.

There was no immediate claim of responsibility for the kidnapping — the latest in a string of abductions of foreigners in one of the poorest countries in the world — and it was not immedately clear when it took place.

Seoul confirmed that a South Korean woman, identified by her family name Eom, 34, had been missing since Thursday evening in Yemen when she joined members of the relief group for a walk.

“We have yet to confirm whether she has been kidnapped or not. We are requesting the Yemeni government to help locate her group there,” a foreign ministry official told AFP.

In Berlin, a foreign ministry spokesman declined to confirm the kidnapping of its nationals, saying only that the German embassy in Sanaa was in “close contact” with Yemeni authorities.

The British and German embassies “consider the group missing, as there has not been any contact with them since Friday evening, while reports of their kidnapping are yet to be confirmed,” a diplomat in Sanaa told AFP.

The Yemeni official said the group was taken hostage by members of the Huthi Zaidi rebel group which have been fighting the government since 2004.

But a rebel spokesman dismissed the accusation as “baseless.”

“It is a government conspiracy to tarnish the Huthis’ reputation… It has never happened that a member of the Huthi followers committed such a shameful act.”

He said the kidnapping took place in an area controlled by security forces in the town of Saada, which is the centre of the rugged mountainous region.

Abductions of foreigners are a frequent occurrence in Yemen as tribesmen often use them to twist the government’s arm in local disputes. More than 200 foreigners have been abducted over the past 15 years.

All have been freed unharmed, except for three Britons and an Australian seized by Islamist militants in December 1998 who were killed when security forces stormed the kidnappers’ hideout.

In April, a Dutch couple were held for two weeks by tribesmen to pressure the government to pay compensation for an incident involving a tribal chief and security forces.

The government and Huthi rebels signed a Qatari-brokered peace deal last June but there has been repeated wrangling about its implementation.

The insurgents are known as Huthis after their late commander, Hussein Badr Eddin al-Huthi, who was killed by the army in September 2004. Hussein was succeeded as field commander by his brother Abdul Malak.

An offshoot of Shiite Islam, Zaidis are a minority in the mainly Sunni Yemen but form the majority in the northwest.

In a report released last month, the International Crisis Group said the truce in Saada was “fragile and risks being short-lived” warning of the conflict’s threat to the country’s stability.