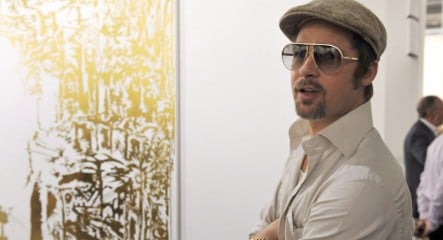 “Etappe” (“Stage”) by Leipzig artist Neo Rauch was snapped up by the Hollywood star at the Art Basel art fair in Basel, Switzerland.

The actor showed up to the event, disguised in a beard, tweed cap and sunglasses. He lingered before the 1998 painting and only bought it after some nudging from art experts Eli and Edythe Broad.

“I told him we had four Rauchs and if he didn’t buy it, we probably would,” Eli Broad told The Wall Street Journal.

The 2×3 metre oil painting depicts a birightly coloured Formula-1 car pit. It is described as “enigmatic and dream-like” by New York dealer David Zwirner, who sold the painting to the actor. Rauch is considered one of Europe’s leading painters.