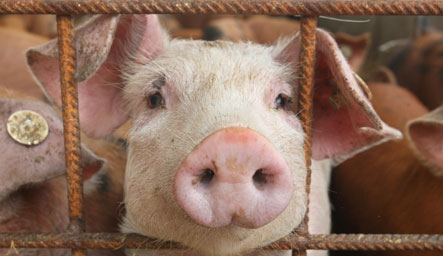 The director of the Robert Koch Institute told public broadcaster ARD that Germany was seeing a “small wave” of infections at the moment, but with the onset of the traditional influenza season in autumn the virus could mutate and come back with a vengence.

There are now more than 100 confirmed cases of swine flu in Germany.

Thirty children from a Japanese school in the western German city of Düsseldorf have tested positive for A/H1N1 virus, local officials said on Thursday. “The Japanese families affected are under quarantine at home,” the municipal authorities said in a statement.

The school in Düsseldorf and a day care centre in Bavaria have been temporarily closed to minimise the risk of further transmission to other children.

Hacker said earlier this week he expected the World Health Organisation would soon raise its global pandemic alert to its highest level. Hacker said the flu had reached all of the necessary conditions for the highest alert level, including person-to-person transmission of the virus on at least two continents.

Vaccine production should being shortly, Hacker said, with enough vaccine available for widespread distribution by autumn, when flu season begins in the southern hemisphere.