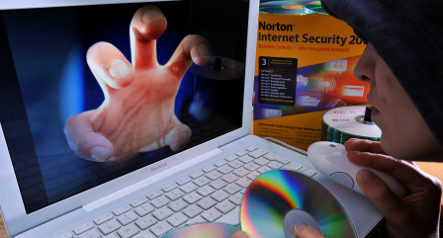 And there will likely be more severe legal consequences as ideas of intellectual property adapt to the web, Hamburg-based company Textguard told The Local on Friday.

“Believe me, much more is copied than you can imagine, we find this with every search,” the company’s founder Claus-Michael Gerigk said. “One example is a poet we worked with, though she was not particularly well-known, a search on 600 of her texts revealed the same number of unauthorised copies.”

Gerigk has developed a search tool for publishers, newspapers, authors and universities that can meticulously go through up to 1,000 texts per hour. While Gerigk called the algorithms his software uses “old,” he said Textguard is the forerunner in offering the accompanying service of legal advice for those who discover their song lyrics, poems, articles, books and other texts have been plagiarised.

The company takes approximately 50 percent of whatever monetary compensation their lawyers get from plagiarism cases – effectively making Textguard a bounty hunter in what German weekly Die Zeit called a new movement to “end the Wild West mentality of the internet” on Friday.

The paper wrote that Textguard and competitors like Attributor are serving an increasing number of German publishers who have discovered that they can get cash from the copiers.

“What’s changing is the idea that everything on the internet is free,” Gerigk told The Local. “There is a trend where people are beginning to recognise the value of their intellectual property.”