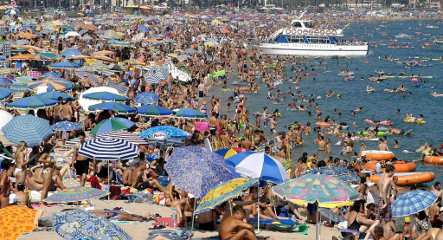 The young man from Osnabrück vanished without a trace last Wednesday evening after an evening at a disco in the resort town. When he didn’t return to his hotel, his tour group reported him missing.

His last contact was a text message sent at 2:55 am to a friend in Germany.

But police said on Tuesday they had positively identified the man’s body after a hiker found him in a craggy woodland area. He probably fell into a ravine that was invisible at night, they said.

Lloret de Mar is the largest and most popular resort town in the rugged Catalonian Costa Brava region along the Mediterranean Sea.