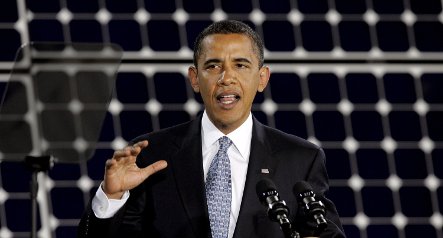 While the president cancelled his stop to the city of literary greats Goethe and Schiller, he still plans to visit the nearby concentration camp Buchenwald in addition to Dresden, where he will speak with Chancellor Angela Merkel. She will also accompany him to Buchenwald.

Obama has a personal connection to the former Nazi death camp, because his great-uncle, Charlie Payne, took part in its liberation in 1945.

He will also visit wounded warriors and their families at Landstuhl Regional Medical Facility in the state of Rhineland-Palatinate, the White House said last week.

Obama did not visit the facility last year during a presidential campaign stop in Germany, deeming it inappropriate for the situation. But Republican candidate John McCain criticised the decision, saying Obama preferred the company of “fawning Germans” to wounded troops.

Meanwhile next week’s visit in Germany lies between a visit to Cairo on June 4 and the 65th anniversary of D-Day in Normandy, France on June 6 – and some politicians in Berlin have said they feel slighted by what some have called a “stopover.”