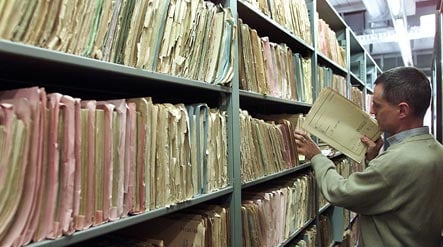 Marianne Birthler, who manages the miles of intelligence files communist East Germany kept on its own citizens and many Westerners, told reporters that interest in the archives’ records had anything but abated two decades on.

“It could be related to the (20th) anniversary year. At the same time, we have observed time and again that many people are only asking to see their files now because they have apparently needed time to prepare themselves to confront their pasts.”

The East Berlin-based Ministry of State Security, known as the Stasi, was one of the world’s most effective instruments for state repression during its nearly 40 years of existence. It employed more than 270,000 people during the Cold War, making the East German population the most intensely monitored in the Eastern bloc.

Thousands of spies were unmasked after the Wall fell on November 9, 1989 when the Stasi files became available to the public in the years following national unification in 1990.

More than 1.6 million requests for access have been made since the archives were officially opened in 1991. It was then that many East Germans learned that their friends, colleagues and even family members had been keeping tabs on them as “unofficial collaborators” of the Stasi.

The Stasi records are still believed to hold bombshells, such as the revelation last week that the policeman who shot student demonstrator Benno Ohnesorg dead in West Berlin in 1967 worked for the Stasi.

The killing radicalised a large faction of the left-wing student movement at the time, and marked a historical turning point for many of that generation. Birthler said there is no evidence, however, the shooting was ordered by East Germany.