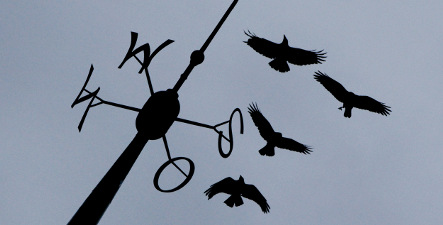 The black birds swarmed the 43-year-old on Friday morning while she was walking her German Shepherd through the Gysenberg Park. The attack persisted even after the woman fell and hit her head on the ground. Not even her dog’s barking frightened the birds away, a police report said.

The birds persisted until two nearby men heard the victim’s cries for help and shooed the birds away.

According to police, the woman suffered massive bruising from the attack.

Herne police told The Local they could provide no further details on the strange event.

The attack may have been a case of what animal experts call “mobbing,” in which birds attack a suspected predator to keep them away from their young.