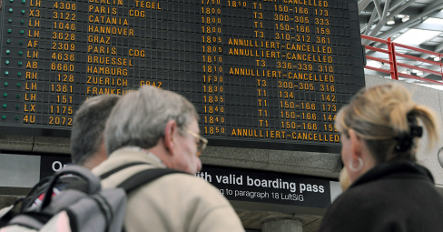 The strike, planned to end at 10 pm on Monday evening, had already affected some two-thirds of flights leaving the airport by the morning rush, a spokesperson from the DFS air traffic control service said.

Pilots are showing their solidarity with the temporary strike for ground crew who handle airport plane traffic. These workers hope to pressure employers to increase wages by 30 percent, improve working conditions and regulate work schedules.

“Wage increases for 10 airport workers will practically cripple an entire airport as thousands of passengers look on,” the DFS spokesperson criticised.

The union is required by law to allow at least 25 percent of regular air traffic to operate.

As the work day began, the airport was not able to report on how many incoming and outgoing flights would be delayed due to the strike.

“The gates are full,” a spokesperson said, adding that it was a “bad day” for the airport.