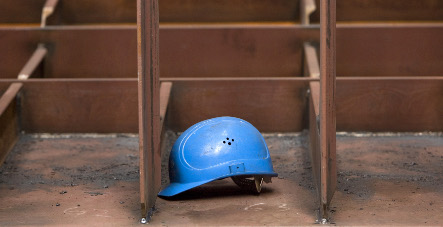 The quarter-on-quarter contraction in Europe’s biggest economy, accounting for a third of eurozone output, was even steeper than the 2.2-percent fall recorded in the final three months of 2008, the statistics office said.

The worse-than-expected German result – economists had forecast a drop of 3.2 percent – was the worst since records began in 1970 and sent the euro lower against other currencies.

Europe’s leading stock markets shrugged off the news, closing mixed or slightly firmer on the view that the data, however bad, might prove to be the bottom of the downturn. The Frankfurt market closed little overall.

Compared to the first quarter of 2008, the figures looked even worse, with Germany producing 6.7 percent less goods and services, or 6.9 percent when adjusted for calendar effects skewing the figures. The preliminary figures will be finalised on May 26.

UniCredit Economist Alexander Koch said the “ugly” figures mark the low point, with business sentiment in Germany, and in almost all other major economies, bottoming out.

“This very bad news, which was broadly expected, had demonstrated the large dependence of the German economy to foreign trade,” said Natixis economist Costa Brunner. “But the good news is that the worst is behind us.”

Measures worldwide to get banks lending again, rock-bottom interest rates, lower commodity prices and signs that the worst may be over in manufacturing should support Germany from July onwards, Brunner said.

Several pieces of hard data released this month have also given cause for hope in Germany, with both industrial orders and exports in March showing their first increases after dropping for several months straight.

Chancellor Angela Merkel’s government shares this optimism, predicting 0.5 percent growth in 2010, albeit after a slump of six percent this year – the worst slowdown since World War II. But the problems facing the conservative Merkel, who is running for re-election on September 27 heading a fractious coalition with the centre-left, are far from over.

Germany’s growing debt mountain is expected to figure highly in campaigning for the elections, as is unemployment, which is expected continue rising well after the hoped-for recovery begins.