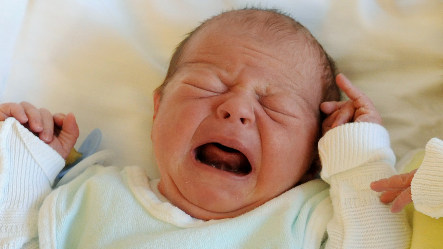 The show – “Adults on Trial” will feature four teenage couples who want to start a family grappling for four days with all the responsibilities of caring for a baby.

“Changing nappies, sleepless nights, screaming babies and a whole lot of responsibility … are they really mature enough for the hardest job in the world – having their own children,” asks the RTL channel which is screening the show.

But the programme has been widely criticised.

“Children are not guinea-pigs!” said the German parliament’s committee for children in a statement, accusing RTL of “exploiting children in an irresponsible manner.” The committee said it was “urgently calling on RTL not to show the series and not to produce any more of this type of programme that endangers the development of children.”

Germany’s Federation for the Protection of Children said it was “furious” at the concept which put children at “high risk.”

“Should defenceless babies pay the price because RTL wants to get the highest possible viewing figures and therefore the best advert revenue? This is unacceptable for us,” said Paula Honkanen-Schoberth, the federation’s head.

The babies “lent” to the teenagers for the programme will be monitored around the clock by child psychologists and doctors, said RTL. In addition, the real parents are in an adjacent house and can break off the “experiment” at any time, the channel said.

One mother who handed over her 10-month-old son, Lasse, for the filming of the programme said she had no qualms.

“The trial parents managed very well, Lasse managed very well and there was always a paediatrician or someone else nearby. Even the whole camera team looked after Lasse brilliantly. Lasse had so much fun during the project,” said 31-year-old Katrin in an interview on RTL’s website.

She said she would definitely do it again.

The first episode of the show is due to hit German screens on June 3.