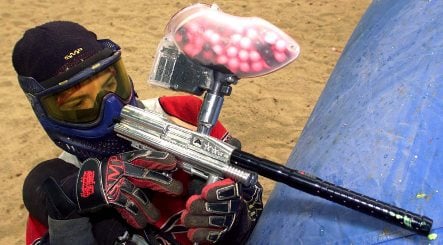 Deputy head of the Christian Democrats’ parliamentary group Wolfgang Bosbach told daily Bild on Wednesday that the rushed law would be made possible by tying it to legislation on explosives already under deliberation.

“The linkage is necessary so that we can decide on the new weapons law within this legislative period,” Bosbach said. “Otherwise it would take an entire year.”

The law has been motivated by a school shooting in March that left 16 people dead when a 17-year-old Tim Kretschmer attacked his former school with his father’s gun in the southwestern German town of Winnenden. The gun was not secured and the massacre has stirred up debate about whether the country needs stronger gun laws or a ban on violent video games.

But the opposition is furious about the bill because it will deny politicians the opportunity for a first debate.

Meanwhile criticism from relatives of Winnenden victims has intensified. Head of the action group “Amoklouf Winnenden,” Hardy Schober, told daily Kölner Stadt-Anzeiger that the new law would be simply “cosmetic.” His group wants a general ban on high-calibre weapons and handguns in private households. Gun owners would also have to store their weapons in gun clubs.

“They don’t want put anyone off before elections,” he told the paper, referring to national elections coming up in September.

Initial reports on the new gun law said that the ruling coalition had agreed to ban simulated killing games such as paintball, where players use air rifles to shoot ammunition filled with paint at opponents, and laser tag, a game where players attempt to score points by shooting each other with an infrared-emitting gun.

But Dieter Wiefelspütz, an expert on domestic affairs for the Social Democrats, on Wednesday said lawmakers had abandoned the idea of making paintball illegal.

The government, however, plans to conduct an enquiry to assess whether paintball regulations should be tightened by increasing age limits and other measures, Wiefelspütz said.

Critics say paintball is dangerous because it simulates killing but its supporters say it is a sport and that they are not shooting but “marking” each other with paint.

The sport is banned for those younger than 18, and is generally not played in military fatigues like in other countries. A report commissioned by the government in 2000 concluded it did not make people more likely to engage in violence.