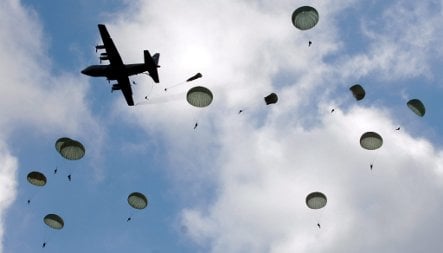 An archive picture of military exercises at Grafenwöhr. Photo: DPA

The military said the changes were part of long-term restructuring of American armed forces in Germany “to to increase strategic responsiveness in overseas contingency operations.”

Overall Germany will lose 547 US soldiers and their 821 family members due to the reorganisation. But there will be vastly different shifts in the numbers of service members at various bases.

Grafenwöhr will see its population increase by 1,134 soldiers and their 1,701 family members. Schweinfurt will suffer the brunt of the reductions, with 1,388 soldiers and 2,082 dependents scheduled to leave the area by next year.

“We’ve always made clear Schweinfurt is not part of the enduring facilities,” US Army spokeswoman Hilde Patton told The Local on Wednesday. “We do what makes the most sense logistically.”

Most of the changes will complete the consolidation of the 172d Infantry Brigade from Schweinfurt to Grafenwöhr started in 2008. But Bamberg, Kaiserslautern and Wiesbaden will also all lose US soldiers and their families.

Despite steep reductions following the end of the Cold War, there are still approximately 40,000 US military personnel currently serving in Germany.