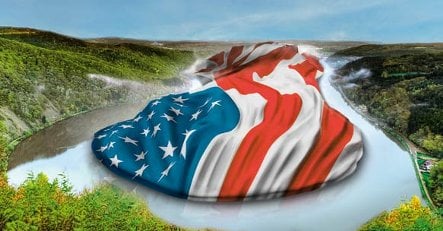 In one of the largest displays of American culture to be staged in Europe this year, the Musikfestspiele Saar kicked off a series of concerts with songwriter legend Bob Dylan playing to a sold-out crowd of 5,000 in Saarbrücken last month.

The festival “Welcome America!” will follow with performances by singer Bobby McFerrin of Don’t Worry, Be Happy fame, conductor Kent Nagano and jazz giant Wynton Marsalis, among other US artists.

Musikfestspiele Saar winds up at the end of July with the Marsalis concert, which will be held in the Völklingen Ironworks, a steel mill that operated for more than 100 years and is a UNESCO World Heritage Site.

Since 1988, the festival has taken place every two years in the small western German state of Saarland, which borders France and Luxembourg. But until this year, the festival has never featured a country outside of Europe.

Artistic director Robert Leonardy, a professor at Saarbrücken’s school of music and a concert pianist, told The Local that he chose to feature the United States because he has always been interested in American culture.

“Europeans say Americans don’t have any culture. But that’s not true,” said Leonardy, adding that he believes American pop music is thriving while European pop is on the decline.

“European culture has its roots among the intellectuals and nobles, while American music comes from the people,” he said.

He cited the example of George Gershwin, saying the composer of the opera Porgy and Bess had a clearer connection to the masses than most European composers of his time. Another example: Composer Philip Glass has no problem to admit that he earns money creating music for corporate advertisements.

For these reasons and others, Leonardy said he wanted to celebrate American music with the hope that it will inspire young European artists that are exposed to the festival through a network of cooperating cultural groups. Around Saarland, various other artistic organisations, such as the German-American Institute Saarbrücken are offering side programmes.

Leonardy said that in the past, all other countries whose cultures were featured contributed to the costs of the festival, but the United States did not do so.

If you visit the region – festival or not – be sure to hike above the so-called Saarschleife, or Saar loop, a precarious u-shaped bend in the Saar river. You may also want to visit the old town fortress in Saarlouis, dine at the Schlosshotel Berg and view a gigantic, ancient Roman mosaic floor in Nennig.

While you’re at it, sample a local favourite food – the Dibbelabbes. The grated potato pancake made with cubed ham, onions, bread and eggs is baked or fried until it is crispy and is normally served with apple sauce or salad.

Though Dibbelabbes may have escaped France’s influence on the region’s cuisine, Saarland still has one of Germany’s highest concentrations of Michelin-starred restaurants.