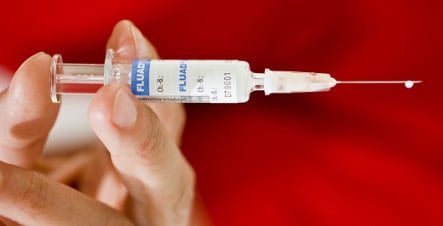 A spokesperson told news agency DDP that despite Dr. Daniel Ubani’s mistake in adminstering medication, the European arrest warrent to extradite him had been rejected by court officials because it was “invalid” and constitutes double jeopardy.

The 66-year-old doctor from Witten, who had been recruited by an agency to provide out-of-hours cover in Cambridgeshire, arrived in the UK the day before the February 2008 incident. During a visit to 70-year-old David Gray, who suffered from kidney stones and renal cholic, Ubani administered a 100 mg dose of diamorphine that killed Gray within hours.

The doctor claimed later that he had been “too tired” to concentrate, which led him to use the wrong drug, the Bochum, Germany state prosecutor’s office said.

In March 2009, the Witten county court convicted Ubani of involuntary manslaughter and sentenced him to nine months of probation and a €5,000 fine.

The case has generated friction over Germany’s response to an extradition request by British authorities. Though he has been suspended from working in the UK by the General Medical Council there, Ubani continues to work from his own practice in Witten, North Rhine-Westphalia.

But this was not enough punishment for British officials hoping to bring him to trial in the UK.

Scores of German doctors travel regularly to Britain for lucrative short-term stints to help out their overstretched NHS colleagues. They can often make as much in a few days in what they make in Germany in an entire month.