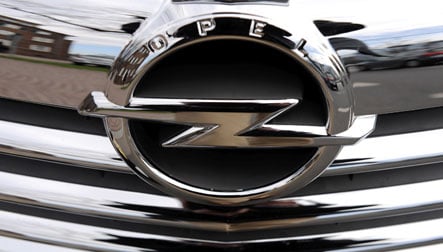 “The management should serve as a good example by giving up a part of their salaries,” a spokesman for the carmaker said on Thursday. The measure is aimed at saving millions of euros a year, he said, adding that the absence of bonuses this year meant that some executives had to bear deep salary cuts.

The move, which will affect around 150 Opel managers in Germany, will be effective immediately. It’s reported to be the initiative of Carl-Peter-Foster, the head of General Motors’ European business. It comes as US parent company General Motors on Thursday announced a loss of $six billion in the first quarter of the year – its eighth loss in a row.

Opel, which employs around 26,000 people in four plants in Germany, has been badly hit by GM’s financial troubles and a shrinking demand for cars amid the global economic slump.

In March, GM Europe executives presented Berlin with a restructuring proposal that includes €3.3 billion in public aid from Germany and other European countries where it has factories.

Opel is now casting around for a new investor as it attempts to break free of General Motors.

Meanwhile on Thursday, German Foreign Minister Frank-Walter Steinmeier said that Fiat and Magna, the two companies bidding to take over Opel, should compete for the contract.

Both companies interested in rescuing Opel are “strategic industrial investors,” Steinmeier told daily Saarbrücker Zeitung. The company who wins the contract will have to be one that “thinks long-term and secures all locations and as many jobs as possible in Germany,” he added.

The process should be quick but thorough, the Social Democratic Party’s candidate for chancellor in upcoming elections said.

“We can’t give Opel to just anyone, we have to find the best,” he told the paper, encouraging Economy Minister Karl-Theodor zu Guttenberg not to decide too soon.

“I want a productive competition for Opel, from which the workers will profit long-term,” he said.

Italy’s Fiat has offered around €1 billion ($1.3 billion) for Opel, saying Monday it had audacious plans to merge it with Chrysler to create a new global auto giant. Fiat also agreed to keep open three Opel plants in Germany.